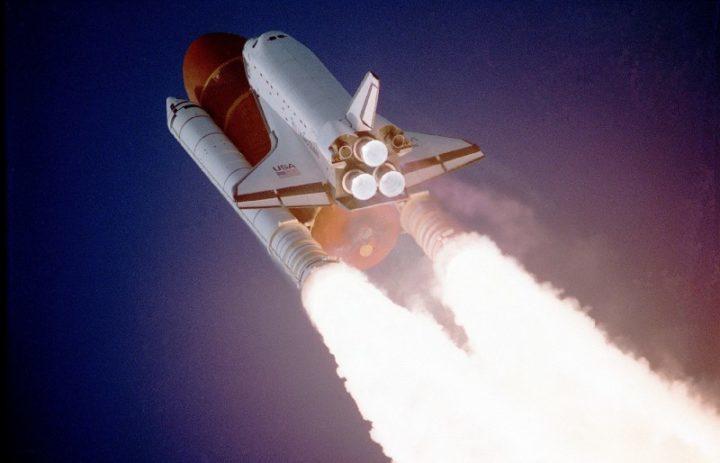 Every second counts, literally. According to statistics released by Akami, the world’s largest cloud delivery platform, 47% of customers expect an online store website to load within 2 seconds. If it takes more than 3 seconds, nearly 40% of all customers leave immediately and up to 79% of buyers who are not satisfied with the website performance are less likely to purchase from the online store again in the future.

In the grand scheme of things, issues with websites not loading or loading slowly can lead to losses that run into the millions. Managers have often dealt with a slow online store by trying to increase the efficiency by connecting to another server or CPU; however, although this results in higher efficiency of the online store, the platform is still being slowed down because it’s operating in a different way than it normally should.

Servers and platform operation are actually two sides of the same coin. The performance issue then concerns the three parties that are involved — the online store, the platform developer, and the web hosting service provider. Cooperation among all three can be difficult at the best of times and can often leads to various issues, the most obvious being a slow loading website. Server administrators then put the blame on what they assume is a badly programmed platform, while programmers in turn blame the servers.

As explained by Damir Špojlarič, the co-founder and CEO of VSHosting which specializes in managed server services: “You can have a great app but it won’t perform fast with slow hardware. However, looking at it from the perspective of efficiency, if you have a slow online store it’s easier to say that it needs faster hardware rather than platform optimization. And it’s often cheaper. This is a very complex issue though. Online store owners usually aren’t interested in it and will just say that they need the store to run and have someone take care of it.”

Programmers should not look after the server

Špojlarič has been working in server services for over 13 years now and claims that it is very common in the Czech market for servers to be neglected. The smallest online stores use simple platforms like Shoptet that can manage everything with just a few clicks. With further development, online stores tend to hire a new team member to work on the server administration. However, being dependent on a single person (who sometimes leaves for a holiday or doesn’t pick up the phone over the weekends) can easily backfire when there’s a surplus of critical situations, unexpected issues, or additional problems that can’t be handled quickly by just one individual. Similarly, online store developers who program the platform are often hired to work as the server admin as well. Neither of these solutions is perfect.

“We try to explain to our clients that programmers shouldn’t do everything. A programmer is supposed to focus on developing an app of the highest quality, they are not supposed to care about the server management. It’s the job of server admins to ensure that the online store runs smoothly with minimal risk of outage, even in case of a hacker attack. Online store owners need to understand that admins are responsible for the management, and programmers are responsible for the development. Both groups need to work together.” explains Špojlarič.

If it’s only the admin or the programmer who makes the decision about the final processes of the platform and the server, it is more likely than not that the platform will hit its limits or run into a fatal operational issue. If these two are in constant communication and can reach a compromise, the whole online store can benefit from such cooperation.

The basic prerequisite for preventing any crisis situation from happening is knowing the limits of your online store platform. “Simply put, how many visitors can your platform handle on the existing code and what is going to happen once you have to increase that number? Will I boost the efficiency and number of servers? What will happen if the code can’t cope? Who is monitoring and evaluating the situation? Is it an in-house team member, a hosting service, or someone else?” asks Špoljarič. These are some of the questions that every online store should have answers to.

Plenty of online stores simply don’t know their limits; they run on a single server and for the most part everything seems fine — until one day a crisis occurs, and the entire system is in jeopardy. For managers, it’s important not to underestimate their investment into server development, and to be future-oriented in terms of thinking about the long-term potential of their online presence. It’s important to discuss the aforementioned factors with the programmer and have them verified by the IT department or someone with experience in DevOps (development and software operations). Programmers don’t usually have experience with the actual operation but they understand the code. That is why the platform proposition needs verification from both sides of the process in order to work properly. A thorough analysis should be carried out to discover all of the links and connections, even before any work on the platform has begun.

Once you know the limits of your online store, you can prepare for further development which goes hand in hand with platform scaling. There are two options — if you decide to scale vertically, you will be adding new hardware, i.e. additional servers and CPUs. Horizontal scaling is about increasing the performance on a parallel which allows you to utilize the potential of scaling to its best ability without being limited by the efficiency of a single server. But don’t forget to make sure that the online store app and chosen technologies support this modern way of scaling.

Špoljarič adds: “Owners of online stores should also be mindful of the fact that scaling isn’t the only attribute your programmers should focus on. If your expected lifespan of the app is at two to three years, it makes no sense to increase the development costs by hundreds of percent only to scale the online store by thousands of percent. It’s good to focus on the security of the online store and other attributes.”

Špoljarič advises online store owners to pay attention to the infrastructure of the platform used. The managers should be familiar with at least some basic metrics — how does the system work, how is it secured, how often does it require an update, who is monitoring the situation, etc. It’s good if they also understand the server load but it isn’t necessary, as it is the admin or hosting provider who is in charge of in-depth monitoring of the platform.

Špoljarič also recommends looking at the related guarantees offered by the platform provider: “Managers often don’t look into the guarantees, although there is a major interconnection between the provider. It’s not a mobile service provider where you can just easily switch by filling out a form. Transferring an app or a whole platform is always strenuous, lengthy, and a quite expensive process. You have to have a solid well thought out base, as your whole business is dependent on it.”

As mentioned before, the performance of an online store isn’t solely about the servers but also about the platform. “Managers often don’t know and it’s important to remind them that app development is a continuous process. The app gets outdated and in a few years loses its support from the operational system which is only compatible with the versions of technologies that the app was originally built on.”

“At first, it will lose the option to have a security update as soon as it is available; later on there are no updates available, and after that the app can become technically incompatible with the new updated versions of the operational system. It’s important to know that an app has its lifespan, as well as to have that time period set out with the programmers beforehand to calculate the feasibility from the perspective of app investment. The lifespan of an app should be somewhere between 3 to 5 years” concludes Špoljarič.

This article was originally published in EXEC magazine.

We use cookies on our website to give you the most relevant experience by remembering your preferences and repeat visits. By clicking “Accept”, you consent to the use of ALL the cookies. However you may visit Cookie Settings to provide a controlled consent.
Cookie settingsACCEPT
Manage consent