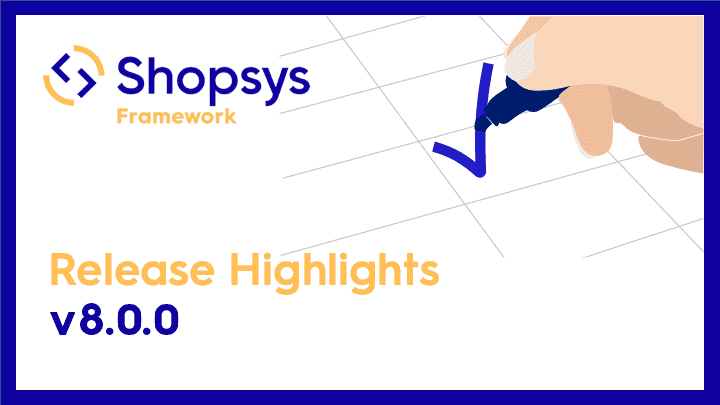 We have released a new version of Shopsys Framework — v8.0.0!

We have continued our work in the areas we defined a few months ago, so in this version, you can look forward to the basics of our backend API, increased frontend performance, and upgrades to the administration.

8.0 version wraps all changes that have been introduced in previous minor versions 7.1, 7.2 and 7.3 LTS, giving you all of the performance boosts and pricing upgrades that we introduced previously.

As this is a major release, you can expect some features to have difficulty with backward compatibility, however, there’s no need to worry since every change has been covered in our detailed upgrading instructions.

What is new in Shopsys Framework?

The boring code-related standards are checked and fixed automatically: